Leith Hall Basic School in St. Thomas Gets Shipment of Supplies From Canada 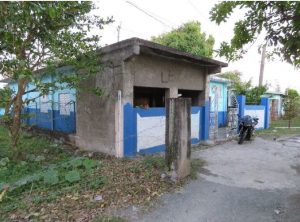 eith Hall Basic School can be referred to as one of the “forgotten” basic schools in the Parish of St. Thomas.  The School is housed in the Community Centre in Leith Hall District and its needs are from furniture to proper kitchen and bathroom facilities and everything in between.  There are limited supplies for the daily operations of the School and while there is a designated space for the principal’s office, the space was not enclosed or completed when the School was first adopted. 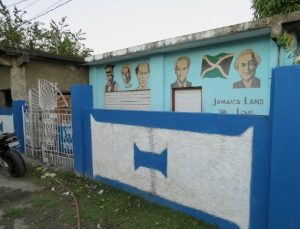 Despite the enormous challenges being faced by our Sponsor, she was determine to adopt the School although she did not know it or even knew it existed up to that time.  Her first major mission which she decided to undertake was to send a crate containing among other things, teaching manipulatives, learning tools, stationery, kitchen supplies, fans, desk and chairs for the toddlers, and play mats.  While the shipment was on its way to Jamaica, the Sponsor embarked upon the daunting task of trying to complete the Principal’s office so that the School would have a secure space to store the supplies when they arrive. 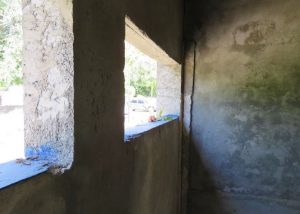 In mid-August, the crate arrived at the wharf.  The Principal was advised of its arrival and the amount it would cost to clear the shipment.  The cost was astronomical.  Although the Principal was panicking, the Sponsor was not in the least troubled by the news but instead forged ahead to find the proper channel by which the School could obtain the necessary waiver to assist with the costs.  After a few emails and several telephone calls between the Principal and the Donor, approximately two weeks later the School received the waiver.  The task, we are told, of finding the proper Government Department was far more tedious than obtaining the waiver itself.  Having identified the property authority, it took two days for the Principal to obtain the waiver. 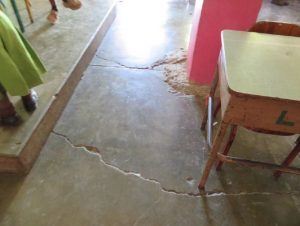 The Principal procured the items and paid a lot less than the original associated costs.  She was ecstatic and contacted our Sponsor that same night with the news.  The next day our Sponsor communicated the good news to one of P.A.C.E.’s members.  When asked by the PACE member how she was able to accomplish her mission, the Sponsor responded “When GOD is in it, there is no limit”. 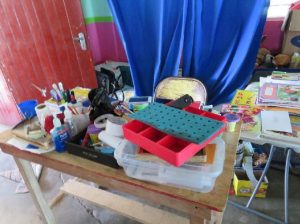 P.A.C.E. Canada thanks our Sponsor for her tenacity in achieving her goals – and rejoice with her.  We are told that the Principal’s office is now secured with windows and proper doors, the children are learning in a more comfortable environment (cooler classroom), and the staff is able to function much better than when the School was first adopted.