Enter the #PACEQuiz for a chance to win the Grand Prize. You can select the option to “Start without an Account” 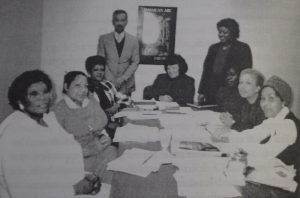 In 1987 Prime Minister of Jamaica, Honourable Edward Seaga, visited Toronto prior to the Jamaican elections. While in Toronto Prime Minister Seaga made a forceful appeal to community leaders in Canada to mobilize their colleagues to help the island’s plans for education. He emphasized the importance of educational reform as a critical element for the future. The Jamaican government agreed to support an island-wide community-based preschool program. Children under five years of age where the focus, in recognition of the importance of the formative years in child development.

Prime Minister Seaga challenged Dr. Mavis Burke (a Jamaican/Canadian Educator) to organize a Canadian response to assist this preschool movement in Jamaica. Dr. Burke was previously with the University of the West Indies Department of Education.

Mrs. Kay Baxter (Jamaican Consul General) contacted Dr. Burke to explore Prime Minister Seaga’s appeal for educational assistance for the Jamaican preschool movement. Their vision was for a registered charitable organization committed to the promotion of the concept of early childhood education, with a special mission to provide assistance to the preschool and movement in Jamaica. This would focus on the community schools to help each community to help itself with a multiplier effect to benefit the society through the school. Details of the nature of this assistance would be developed through consultation and Toronto and in Jamaica.

Since 1966 the Bernard Van Leer Foundation was a significant factor in the early childhood movement in Jamaica. They had established PACE – Program for Advancement of Childhood Education. So the idea of Women for PACE Canada was born and in the prevailing feminist context this seized the imagination and powered the volunteer efforts of many women who cared about better beginnings for young children and wanted to give something back to the land of their birth or their family heritage.

Specific women were approached and they expressed interest and decided to participate. A meeting was convened on October 16, 1987at the Jamaican Consulate (214 King Street West). The founding members endorsed the name Woman for PACE Canada and provided start-up funds for the venture.

Project objective: That the purpose of the project, Women for PACE (Canada), is to provide institutional support for the program of early childhood education already established in Jamaica.

The project in Canada would have to be responsive to the needs identified by PACE Jamaica and would then be developed after due consideration. Consul General Kay Baxter offered to obtain this information from D.R.B Grant when she visited Jamaica before the next planning meeting.

At the meeting on Friday November 20, 1987 decisive action was taken by the funding group and supporters to set in motion the operation of the organization. The group received from the Consul General a needs assessment prepared by D.R.B. Grant. This served as further inspiration for action and for consideration of fundraising strategies and a membership fee structure. The assurance was given that details of drafting the constitution were well in hand to ensure application for registration with the Government of Canada as a registered charity. 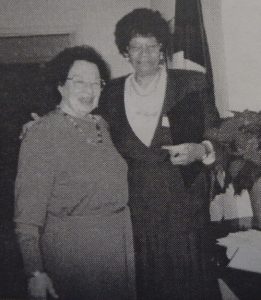 Fernandez and Elliston at Toy Drive

It was agreed that the first event would be a Christmas Toy Drive to be held on December 11, 1987 as an open house at the Jamaican Consulate. As a condition of entrance each person had to bring along a toy. The Toy Drive has now become an annual tradition at PACE, and is held on the 1st Friday in December.

The meeting of November 20, 1987 marked the public recognition that the project was a reality, and PACE Canada was born.

Enter the #PACEQuiz for a chance to win the Grand Prize. You can select the option to “Start without an Account“